Home Tech What is CLEARink? Is this a new chapter for E-readers?

Clearink is the name of a new kind of electronic-paper display for mobile devices. It’s being heralded as a viable alternative to the current electronic ink (or e-ink) screens. Created by a company called Clearink Displays(clearinkdisplays.com), the technology seeks to improve the screens used by e-readers such as the Kindle and other mobile devices, and those who have seen it say it could prove revolutionary.

Contents show
1 Why is it interesting?
2 How good are its video capabilities?
3 How does Clearink work?
4 How is color created then?
5 Are the screens vibrant?
6 Does that make the screens easy on the eyes?
7 Why is blue light dangerous?
8 How will it improve battery life?
9 Can I get a Clearink device now?
10 Will the devices be expensive?
11 Haven’t we seen this kind of thing before?
11.1 WHERE COULD CLEARINK TECHNOLOGY BE USED?

Why is it interesting?

Aside from the fact that the display is just as friendly on the eyes as an e-ink screen, Clearink is also capable of running video – in color. It can display text and animations on the same page, and run video on a full screen, making it more versatile than e-ink. At the same time, it offers the same low-power consumption as e-ink and it can be used
outdoors in direct sunlight.

How good are its video capabilities?

Not bad by any means, although it has a way to go before it can match the LCD
and OLED technology used by current and forthcoming phones and tablets. The
initial displays will have a resolution of 212dpi, but they’ll be limited to just 4,096
colors (putting Clearink on a par with the 16-bit high-color technology of
yesteryear) and the refresh rate will be only 33fps (frames per second). That’s
higher than a Kindle, though, and as the tech improves so will the possibilities.

As with e-ink, Clearink uses a principle called electrophoresis, which allows thousands of capsules to be arranged to form characters that look as sharp as a printed page. By applying a voltage, the capsules are moved around a fluid while the pixels are switched on and off, forming images and words on the screen. However, whereas e-ink uses black and white capsules to show words and images on the screen, Clearink only needs the black ones.

How is color created then?

The company says this is achieved by overlaying an LCD color layer. This means that it needs more power than a monochrome reflective ePaper display but it also makes it possible for Clearink devices to display colorful animations and videos, and lets you have moving images on the same page as text.

Are the screens vibrant?

The colors can look a tad washed out but Clearink says the screens aren’t aiming for the standard of LCD or OLED, even though they offer the same solid response times. Instead, they want their displays to be as good as printed paper and they are quick to point out that the whites offer 83% reflection, which is almost double what e-ink can deliver.

Does that make the screens easy on the eyes? Very much so – Clearink emits no ultraviolet or blue light so it offers the same benefit as e-ink screens. This is very timely given recent efforts to try and reduce or eliminate the amount of ultraviolet and blue light emitted from the displays we spend so long staring at.
There is widespread worry that such screens are damaging our eyes.

Why is blue light dangerous?

These rays have short wavelengths and lots of energy and they penetrate to the retina. This has been shown, over time, to damage light-sensitive cells, increasing the risk of macular degeneration (an eye condition that can cause blindness).

Blue light is also understood to affect our circadian rhythm, disturbing our sleep. It’s no surprise that manufacturers such as Apple have been looking at ways to remove blue light from our computer, phone and other device screens, each of which emits significant
amounts of it.

How will it improve battery life?

By opting not to backlight the display, battery savings of between 80% and 90% can be achieved compared to LCD.

Long-lasting power is a big selling point of Clearink, making its displays not only perfect for use in schools – the company hopes to produce eSchoolbooks – but also opening up the possibilities for them to be used in developing countries where conservation of power is vital.

Can I get a Clearink device now?

Not yet. The technology is still at the prototype stage but it does hope to have a video version available for the public to use by the end of the year, with a bistable version potentially rolling out next year.

It seems more reluctant to promote a monochrome display, perhaps because this would directly compete with the Kindle and the huge market share currently held by Amazon’s device.

Will the devices be expensive?

They shouldn’t be, since only one a pigment is used, which makes them less costly to manufacture than current displays. Clearink also only needs three sandwiched layers whereas e-ink requires more and LCD at least half a dozen.

When the devices go into mass production (they can be manufactured in existing LCD factories), the costs should be brought down even further.

Haven’t we seen this kind of thing before?

Of course. Other companies have worked on e-ink alternatives. The most promising
has been Liquavista (liquavista.com), which was founded as a spin-off from
Philips in 2006. Acquired by Samsung in 2011 and then sold to Amazon in 2013,
it specialises in creating colour displays with a long battery life that aren’t
impacted by bright lights. But we’ve yet to see it used in any device.

WHERE COULD CLEARINK TECHNOLOGY BE USED?

IN SCHOOLS
Clearink CEO Frank Christiaens says there are growing concerns that children are damaging their eyes by spending as much as five hours a day staring at screens. “Clearink is the same as reading a book, it is like paper,” he says. “And people have been reading paper for thousands of years.” One of the abiding problems with smartwatches is battery life, and the company says that using Clearink instead of OLED and e-ink allows not only for power savings but the ability
to display content from the internet, play videos and get great visibility when worn outdoors.

IN SHOPS
We are going to be seeing electronic shelf labels become commonplace in British
supermarkets (with the prices displayed on them even fluctuating depending on the time of day or year you are shopping).

Clearink is eyeing this market with its lower-power, highly readable, bistable screens.

Clearink has noted the rising popularity of in-car displays and it says its technology would offer a display that could be cheaper than LCD. Since the screens have high brightness and don’t wash out when they are under direct sunlight, they’ll remain visible in all weather.

What is High-Resolution Audio?

How good is your internet security against Ransomware?

Hope my article “What is CLEARink? Is this a new chapter for E-readers?” helps you to understand What is CLEARink. If you have any query, feel free to comment. 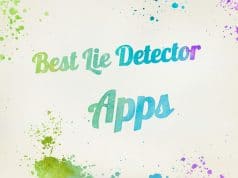